A thrilling sea drama, enacted off the Renvyle coast, Connemara, last April, had a fitting and happy sequel on Sunday, when the hero of the incident, a young stalwart fisherlad named Michael J. Gavin, of Murrisk, Co. Mayo, was presented with the bronze medal and certificate of the Royal Humane Society. The ceremony took place at Renvyle House Hotel, within a stone’s throw of the shore upon which Gavin had crawled that morning in April last after swimming over five hundred yards in the cold and darkness in search of succour for his fellow members of the crew of the trawler Daisy Steward which lay shipwrecked on a submerged rock out to sea. 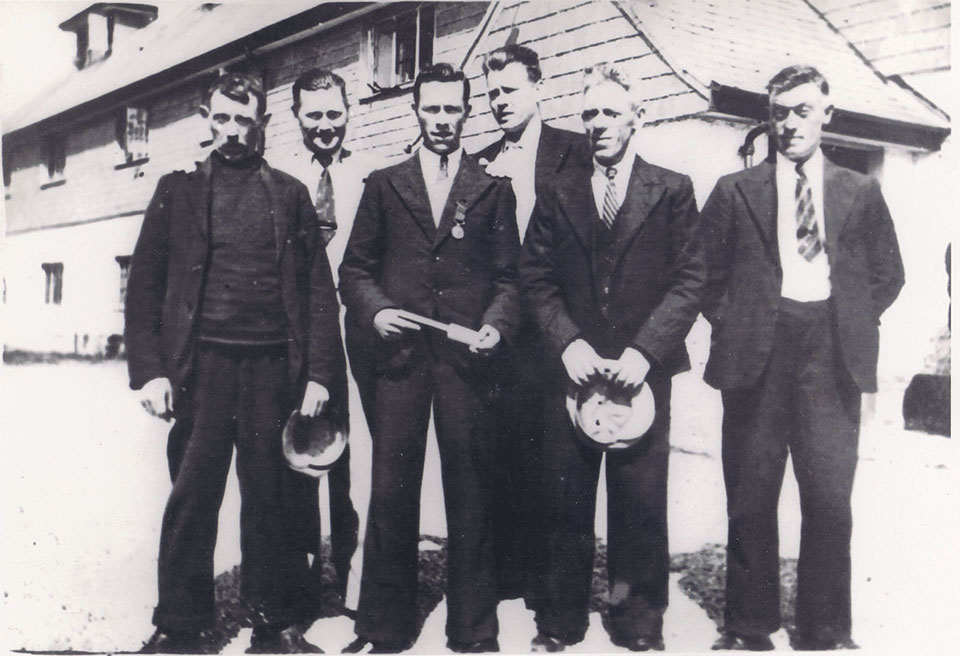 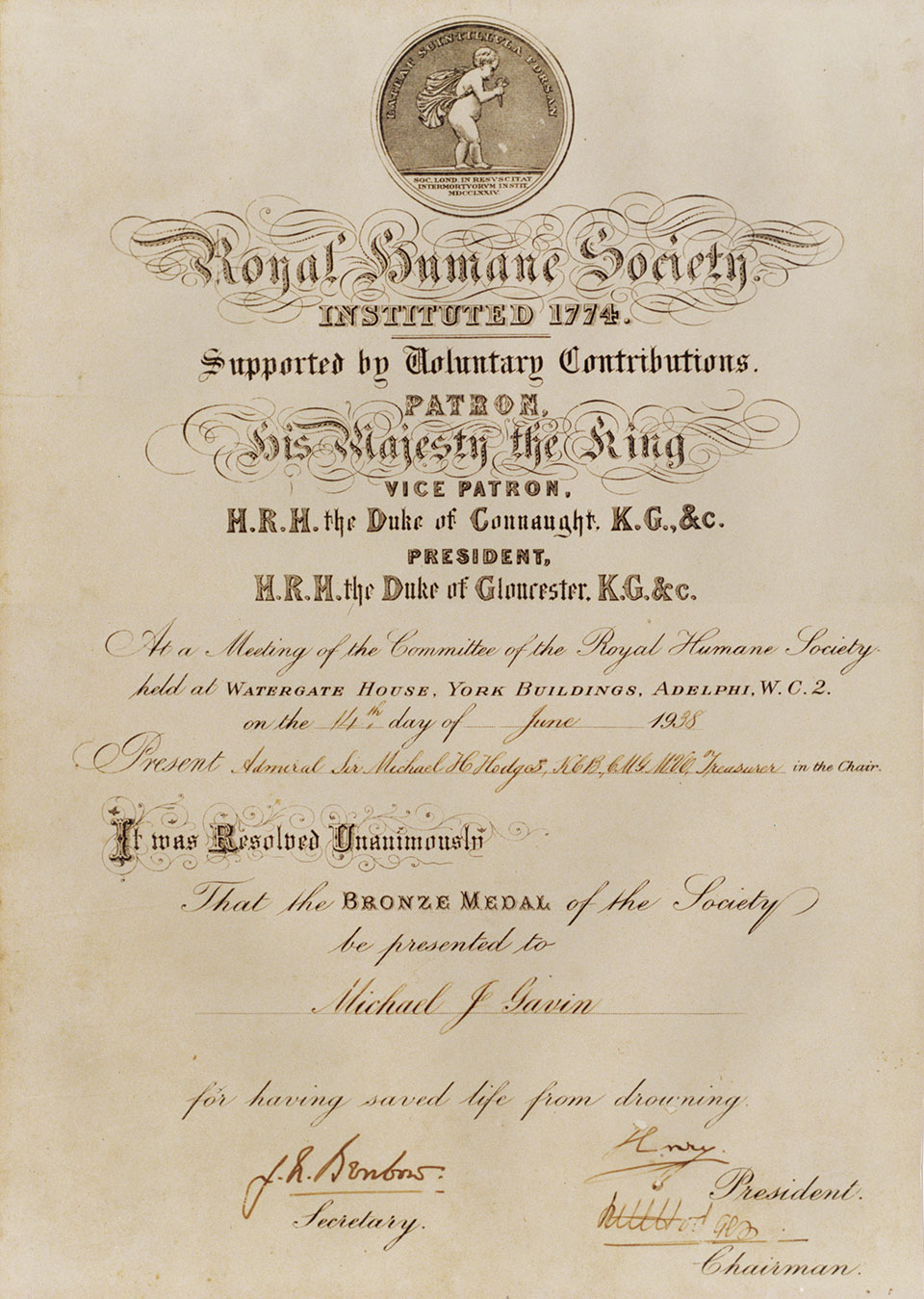 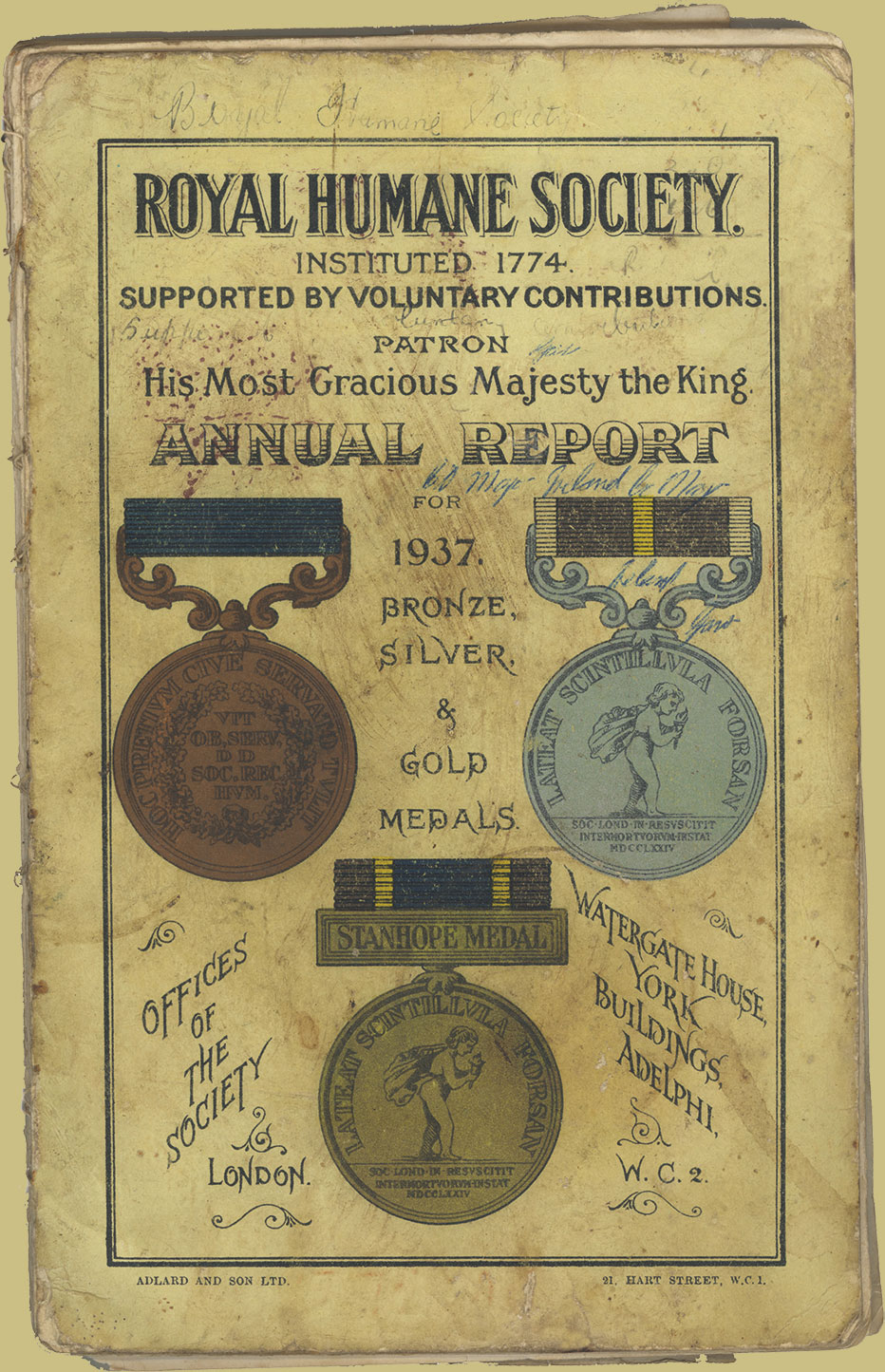 ... Honorary Awards for gallantry in saving or attempting to save life from drowning ...